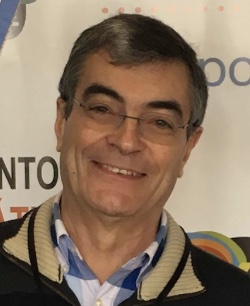 Retired full professor ("professor jubilado") of the School of Science and Technology of the NOVA University in Lisbon (NOVA FCT). Graduation in Engenharia Informática ( NOVA FCT - 1979), PhD in Distributed Systems ( Université de Rennes I, France, 1986) and researcher at INRIA / Paris from 1983 to 1987 in the Chorus Distributed Operating System team, professor at the Faculty of Sciences of the Lisbon University (1988 - 1992),  and professor at Informatics Department of NOVA FCT (1993 - 2021).

Head of the Department of Informatics (2007 - 2009), Vice Dean of NOVA FCT for the Scientific Council (2010 - 2011), President of the Portuguese Chapter of the Internet Society (2017 - 2021). From 1990 to 1994 lead the national project that established the Portuguese branch of the Internet, lead PUUG - Portuguese Unix Users Group, and the Portuguese branch of EUnet, both not for profit organizations promoting Open Systems, the TCP/IP network suite and Internet adoption. In 1996 was the main founder of a Portuguese Internet Service Provider that has been acquired in 2000 by the US based Qwest Communications Company. From 2000 to 2004 acted as consultant and member of the board of the Company KPNQwest Portugal.

This is a book in Portuguese supporting Computer Networks learning, available for download. Read More

The introduction of the Internet in Portugal

Portuguese Chapter of the Internet Society